The Shadowlands series should be read in order. The first book is called Club Shadowlands and the kindle version can be acquired for free from Amazon : ) 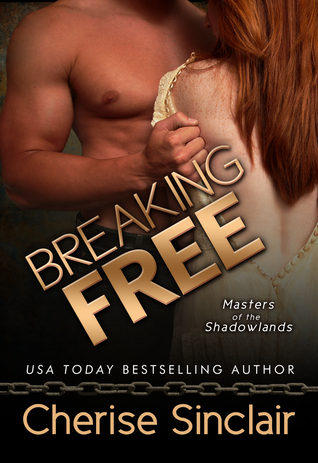 Asked to take on a problem sub, Nolan sees the issue immediately–although truly submissive, the little redhead is too scared to relinquish control and her Doms have let her get away with it. That will change right now.

As Master Nolan takes Beth under command, compelling her submission, she’s terrified, but the experienced Dom brings her pleasure, not pain. His only demand is that she never lie to him. Under his capable hands, her body comes alive, and she begins to heal. As he pushes her limits, she learns to trust…and then to love. And she realizes he is beginning to care for her in return.

I love Master Nolan. He is my very favourite Dom so far, and that’s saying something because every Dom in the Shadowlands is hot, attentive and genuine!

Breaking Free is about Beth’s overcoming past abuse but I LOVE that this isn’t a simple hero-rescues-heroine story. Beth escaped her powerful and influential abusive husband before the book begins, going into a self-styled witness protection plan. She started and built up her own landscaping company to make a new life for herself – a far cry from the financially-privileged house wife role she played before.

“She’s a good person. Honest, full of enthusiasm. But when she gets here, she turns into a mouse. She’s not just submissive; she’s terrified. She comes to the club because she requires more than the vanilla world can offer, but we’re not meeting those needs.”

“She wouldn’t be an easy sub to top.”

“Exactly.” Z tilted his head. “You up to the challenge?”

Breaking Free is another short novel, like the first two in the Shadowlands series, but it is self-contained. I am super thankful that the author evolved into writing longer novels after this one, and also that she later wrote a novella that follows Nolan and Beth, updating up on their future life and relationship. I look forward to reviewing it soon! 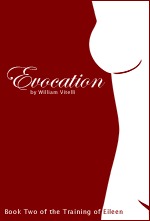 Eileen falls further down the rabbit hole, as her husband continues her training. A deep passion is ignited within her, and Eileen finds herself adapting to her new role more fully than she would have dreamed possible.

As her training continues, she is awakened to a world of new possibilities, more daring and exciting than she would have dreamed of.

Evocation is the follow-up book to Elicitation. It includes all the sexual practices exhibited in the previous book and also focuses heavily on enforced availability and orgasm denial. Anthony’s goal is to train Eileen’s body and mind to constantly crave sex, especially his type of rough sex.

This book follows the same pattern as the first, in that it is focused on sexual content rather than plot or character development. It is purely erotica with little romance included, but it is so well written that I still enjoyed the story.

If you had to ask me to name the dirtiest book I’d ever read, these two would be vying for top spot!

Not for the faint of heart! If you have concerns about a certain practice triggering a negative memory, please read the story tags for this post before reading the books.

I hope that one day the author will write book three in the Training of Eileen. 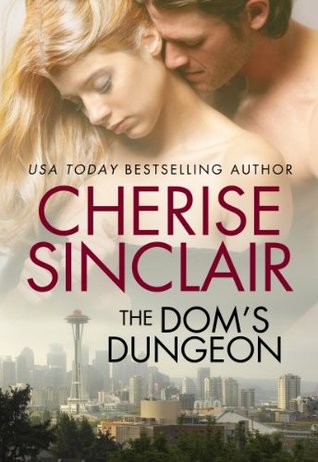 Foster child. Teenage whore. Now a veterinarian, MacKensie’s turned her life around, but the scars remain. She saves her affection for the animals who never judge or scorn her, but it’s time to get out, move on from her past in Iowa. So, she arranges a vacation exchange to job hunt in Seattle.

Although the house is lovely, one room is locked. Her years in foster care have given her two ‘gifts’: a neurosis about locked doors and the ability to open them. After she gets into the room, she’s appalled…and intrigued. Chains and manacles, whips and paddles, odd benches with straps…

When Alex returns home days early and finds MacKensie draped over the spanking bench in his locked dungeon, he’s furious. But her wariness arouses his protective nature and curiosity, so he strikes a deal to keep her close—she’ll act as his submissive in exchange for a place to stay and help finding a job.

He’d planned to use the veterinarian to deter an ex-girlfriend, not replace her, but with MacKensie’s compelling mixture of strength and vulnerability, the little sub slides right into his well-defended heart.

Cherise Sinclair is one of favourite authors (possibly my ACTUAL favourite) and I have been reading her for years now. I started in early when she had only published five books or so and never got off the crazy train to sexy-ville.

This is a shorter story than I usually prefer, coming in around 250 pages, which is characteristic of this author’s earlier writing. However the steamy sex (spanking anyone?!), and strong character development make up for the shorter length. One of the things that I really liked about the Dom’s Dungeon is that the story focuses on the heroine, Mackensie, and her story. Normally I like balance between the couple, but it works in this case and the author doesn’t resort to “hero does something goofy and learns from his mistake” trope to add to his arc just because.

The Dom’s Dungeon is an excellent book to read if you are looking for steamy scenes in a well thought-out plot that actually makes sense and doesn’t have any flowery prose such as “thrusting members” and “womanly petals”.

I have long hoped that Ms. Sinclair would turn The Dom’s Dungeon into a series like she has with the Shadowlands. Steel and Drake have stories that need to be told!!! And although everything is SSC, the vibe I got from Chains is that its a little scarier than the Shadowlands. Maybe because of the extremely negative experience that Mac runs into in the story, or because her nemesis Cynthia got a much more extreme (though just) punishment than I think she would have gotten in the other series. I have commented on the author’s social media a couple of times this year, hoping for a book for Drake or Steel, so who knows, maybe I have put the bug in her ear and she is as ready for a change of pace as I am!