In a life filled with meaning and accomplishment, Michelle Obama has emerged as one of the most iconic and compelling women of our era. As First Lady of the United States of America—the first African-American to serve in that role—she helped create the most welcoming and inclusive White House in history, while also establishing herself as a powerful advocate for women and girls in the U.S. and around the world, dramatically changing the ways that families pursue healthier and more active lives, and standing with her husband as he led America through some of its most harrowing moments.

Along the way, she showed us a few dance moves, crushed Carpool Karaoke, and raised two down-to-earth daughters under an unforgiving media glare. In her memoir, a work of deep reflection and mesmerizing storytelling, Michelle Obama invites readers into her world, chronicling the experiences that have shaped her—from her childhood on the South Side of Chicago to her years as an executive balancing the demands of motherhood and work, to her time spent at the world’s most famous address. With unerring honesty and lively wit, she describes her triumphs and her disappointments, both public and private, telling her full story as she has lived it—in her own words and on her own terms. Warm, wise, and revelatory, Becoming is the deeply personal reckoning of a woman of soul and substance who has steadily defied expectations—and whose story inspires us to do the same.

I listened to the audiobook, which is read by Michelle Obama herself.

I have always been a fan of Michelle and Barack and family. I liked that they appeared to stand above many political pundits, as evidenced by Michelle’s “when they go low, we go high” slogan. I was also a fan of her political and social movements, championing health and fitness for children.

Listening to this book made me feel closer to her. That is a weird idea, considering that we have never met, but I felt like I gained a much deeper understanding of her as an individual – not just FLOTUS – and appreciated what I learned. She comes across as more of the high-achieving girl next door, rather than as the “elite” I always pictured her as.

She is the epitome of the American Dream.

I am a Canadian citizen. I agreed with a lot of the policies and values that were championed by the Obamas but I think I was granted some emotional distance from the political drama that always seems to unfold in the USA, by nature of my geographical distance. I remember thinking about the insane and unrealistic expectations everyone seemed to have of Barack Obama when he was first elected. He was optimistic and a talented politician, but he was still just one man who was forced to work within the same political machine as each of his predecessors and successors.

Becoming obviously tells Michelle’s personal history, as well as chronicling many of the key points in her journey through the White House. It is very informative. It also put certain things into perspective.

I am white. Michelle is black. I am Canadian. She is American. I grew up in a small town, she grew up in the inner city of Chicago. We are a lot alike though.

History that seems to have occurred so long ago – like Jim Crow laws – isn’t so long ago when you think of them in terms of generations. To have grown up knowing people who were oppressed by those laws. To know that their grandparents – your great great grandparents – were slaves…. that is a heady realization. It makes you realize that those periods of history weren’t so long ago after all. I have greater awareness for the lingering affects of this history today.

As I mentioned, I was easily able to relate to Michelle at times. I never would have imagined that she was burned out by school. That she trained to get a prestigious degree in a career that she quickly discovered she had no love for. To feel burdened down by school debt, expectations, and difficulty conceiving. I was extremely emotional listening to her talk about her Dad’s death. And incredibly impressed over her career trajectory, and professional self-confidence.

One thing I learned about her husband is that President Obama always had to have something to attain and reach for. I couldn’t help but wonder, when you have held the highest office in the country for 8 years, what else is left to do afterwards?

On a more technical note, I did find that the recording of the book dragged. The narrative itself was great, but I sped up the playback to 1.5x, very unusual for me. Most of the word count is devoted to Michelle aged 5-30, with less than I expected devoted to the Obama Family’s time in the White House.

I particularly loved the stories related to her experiences with Queen E.

One lingering question I still have, silly though it may be, is how much freedom does the first family have to redecorate the private residence? Like, did Sasha have a pretty pink bedroom when they first moved in and she was still a young girl? If I ever had a chance to meet Mrs Obama, that would definitely be a question I asked! 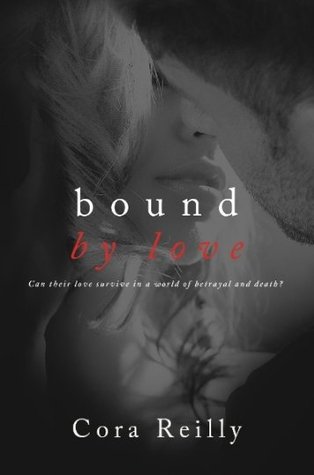 Nobody expected them to fall in love.
When Aria was given to Luca in marriage, people were sure he’d break her.
Aria feared the worst from a man like him.
A man without mercy.
But somehow she gained his love.
Love – a weakness a Capo like Luca shouldn’t risk.
When Aria betrays Luca by going behind his back for her family, she realizes too late that she might have lost what she’s fought so hard to get in the first place: Luca’s trust.
The trust of a man who never allowed himself to trust someone unconditionally before.
Can their love survive in a world of betrayal and death?

Luca and Aria were the stars of the first book in this series, and now readers get to catch up with them again. Bound by Love takes place over approximately four years. It recaps many key events in previous books, telling the story from Luca and Aria’s perspectives this time around. While some aspects of this were really interesting, I grew bored during most of those moments.

From my perspective, the story really picked up when the author shared new material, but that is quite far into the book.

One thing that I really didn’t like about this book is how the author seems to be setting up war between Luca and Dante. While technically New York and Chicago have been at war for ages, NY and Las Vegas are not teaming up to take Dante’s circle down. This would be fine if the author hadn’t spent an entire book telling the romantic story between Dante and Valentina, but she did and I am just as emotionally invested in them as in Luca/Aria. Perhaps even more so.

If you don’t mind revisiting old storylines, you will probably love this bad boy mafia romance that reads a little like a reunion. Otherwise, you might just want to wait for the next book to be released.

Mr and Mrs is a sweet, romantic novella about a young couple passionately in love with one another, but a little lost in the intense emotions and busyness of life. 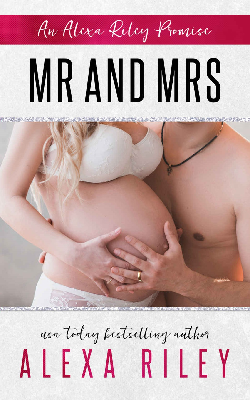 This isn’t my normal type of romance, but I randomly found it while home sick from work and was desperate for something to read. What I did like about this novel is that there is a distinct beginning, middle and end. Oftentimes in romance, particularly with novellas, the book appears to just end, a style that I do not enjoy reading.

While the book lacked depth – which I’m not really faulting the author for because that is difficult to achieve in the shorter word count of a novella – there was enough there that I felt it could have been flushed out into a full length novel.

My favourite aspect of Mr and Mrs was its sweetness (unusual for me!). Neither of the protagonists were difficult to relate to or like. Neither was overly dramatic, which is another big turn-off IMHO. I admired the Mr for his passion and ruthlessness and related to the Mrs for her sweet desire to have a family and put it first.

If you are looking for a short story that you can read in an hour or so, this one is for you.

Nicole Jacquelyn writes an outlaw MC series that is full of strong-willed, dominant bikers with out-spoken alpha females at their sides.

The fourth book in the series is Craving Resurrection and it is my favourite thus far. This is Poet’s story, so most of the story takes place in the past, when he a young man working for the Irish Mob in Ireland and known as The Butcher of Dublin. He lived there during the height of the Troubles, before moving to America and taking up with the Aces MC, where we saw him in the first three books.

The last part of the book is real-time, and sees him reconnecting with his true love after the events in the first three books in the series. You learn what has kept them apart for decades and Amy’s relationship (or non-relationship) with Brenna, Poet’s daughter who is in the first book. 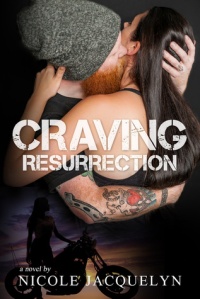 Patrick Gallagher’s future was mapped out—and it didn’t include Amy Henderson or the IRA.

She was everything he’d never wanted. Too young. Too naïve.

Unfortunately, he couldn’t help but be fascinated by the girl who took refuge in his old bedroom, staying with his mum more often than not.

She looked like a Renaissance painting and argued like a solicitor. He couldn’t resist her, and before long, he didn’t even want to.

Instead, he loved her unreservedly… then he married her.

But he couldn’t have prepared for what happened after.

Actions, no matter how large or how small, have consequences—and when the IRA comes knocking, he’s sucked into a life that he’d never anticipated.

Through it all, he loved her.

It was a love that spanned decades.
Epic.
Intense.
Unquestionable.
Unbreakable.

Craving Resurrection is written in a different style than the previous books, because the Irish speak English differently from Americans and Canadians, with different syntax and pronunciations. I found it charming and it added to the character’s ‘voices’ in my head, helping them to become distinct from the other characters in the series. Others may find it confusing or distracting though so that style choice may impact your enjoyment of the book.

It was interesting to see how much the characters changed and evolved over four decades or so. It is unusual in a romance novel to have such a long story arc, so it added incredible depth to their character development. In the first stages, they are young, passionate, and argumentative, making questionable choices at times that make the reader doubt their ability to imagine the impact of these decisions on their future. You see them react to situations rather than acting with the benefit of life experiences.

Later, the older versions of Amy and Poet have much more maturity, befitting older lovers, though they are still just as passionate. I felt really sorry for them, that they didn’t have their HEA until grandparent age, despite meeting as teenagers.

It was nice to catch up with Dragon and Brenna several years after their story, and conversely, to see Strider and Vera years in the early years, when they were newly married. It gives new dimension to each of these and helped to create a more complete world within the series.