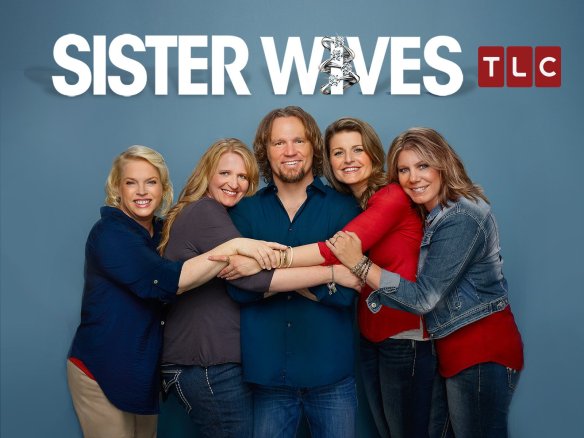 Season 14 of TLC hit show Sister Wives concluded recently, and the big problem facing the cast this season was where to live. They had moved to Flagstaff, Arizona and purchased a large plot of land in the mountains. The dilemma however, was whether to build one master house that all the wives lived in with their children, or build four homes, so each mom and her kids had their own space.

Long story short, Janelle and Kody were all in for the master house for everyone, Robyn didn’t know what to do, and Christine was dead set against shared living. Meri tried not to share her opinions and went along with the consensus ….

So this set up a big battle between Christine and Kody.

Now, what do I think? Well, I am so glad you asked.

Obviously I am just an internet commentator without a vote, but I was definitely a proponent of the one big house idea. I think it would be better for the family and especially for the kids to all be in one house again. As much as the family likes to toe the party-line and talk about how they are one family, the kids are definitely not as close to their moms and siblings that live separately.

Kody has a heavy responsibility to be accessible and involved in the lives of his many children, and his wives, and living separately creates a barrier to this. Even if that barrier is only psychological, it is there, especially for his kids. I’m not a big Kody fan but I did feel for him when he lost this subject.

Christine absolutely had valid reasons for wanting her own house. The autonomy and confidence she gained were huge for her and she became a better person and mother, as she explained many times. But I think it was short-sighted to assume she would lose all that by living in one house again. She wasn’t going back to being the SAHM she was before, talking care of all the littles who weren’t in school yet and living in the basement. Christine’s confidence was hard won but she wouldn’t just lose it crossing that threshold.

So if I were a wife, what would I say?

Build one big house. Have the room for each wife, with her own kitchen and space. And build a second small house on the property for Christine.

If she ever wanted to try living in the big house, she would have her dedicated wing to do so, but in the mean-time, it could serve as a landing spot for the many adult children the Brown’s have. Especially as they try to convince their children to come from all over the country with their own families in tow for holidays, this space would come in handy. And if Christine ever wanted to move in to it permanently, great! Then the smaller house on the property becomes the guest house.

There were so many valid reasons for living all together, and with only Christine strongly opposing it, I think that it was unfair to deny the other parts of the family to be able to do so. There isn’t much difference between Christine living separately in a “cul de sac” style arrangement on the property, where everyone lives in four separate houses, or her living separately and the rest living in the big house.

I think the part of the season that really bugged me was how everyone framed this scenario has an absolute. It had to be all together or none together. For big families … blended families … flexibility is key to living together happily, something I think the Browns have forgotten.

What were your thoughts on the season? Weigh in in the comments!