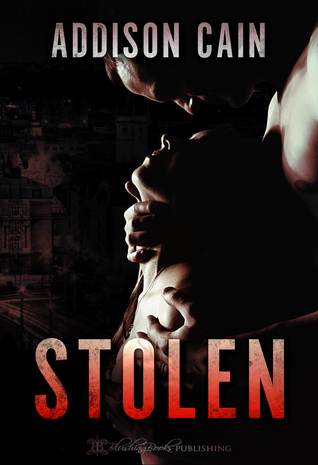 He stole her off the streets in broad daylight—the first Omega discovered in Bernard Dome in generations. He took her with violence while none intervened. He broke her, swearing he’d put her back together.

Brenya Perin was ordered to submit.

Bernard Dome is the jewel of Europe, a bastion of art and culture, pleasure and decadence. But life in the city depends on the occupation chosen for you at birth. There is no subversion, no question of who rules. There is no freedom.

Peace has a price, a price the Commodore of Bernard Dome is willing to pay… so long as the Omega remains his.

This has proven to be a difficult book to review. There are some aspects that I loved but others that I hated. I had no idea at first how many stars to give!

Let’s start off with what I liked.

Stolen is a dark romance, which is definitely what I was looking for when I read it. It contains scenes of dubious consent, and is set in a firmly hierarchical society. It may not be something that I would want to live IRL, but I love dipping my toes in through books.

I didn’t like that there were certain scenes from POV of characters from the (previous) sister-series, Alpha’s Claim. I wouldn’t have minded if they just popped up as secondary characters, but it was super weird to me that their story was incomplete, and did not like having so many POV characters in this book.

Secondly, Stolen ends on quite the cliff-hanger, and unfortunately, it has been a looong wait for the sequel. Book 2 in this series is tentatively titled Corrupted and is slated to be released sometime in 2019, but I haven’t seen any further updates.