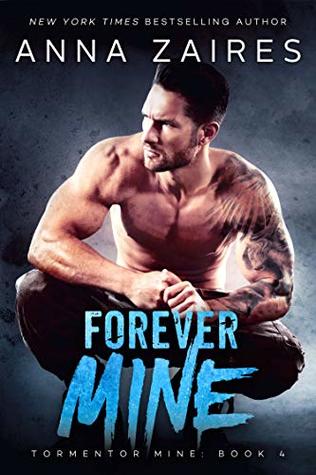 I fought against fate, and I won. I made a deal with the devil to keep her.

It was supposed to be over. We were meant to be happy.

Too bad my enemies had other plans.

Note: This is the conclusion of Peter & Sara’s story. It is strongly recommended that you read Twist Me and Capture Me trilogies before embarking on this book, as there will be major spoilers for those series.

Forever Mine is the fourth book from Peter and Sara’s points of view, and it concludes their story. It begins immediately following the end of book three and it is necessary for you to read those books before this one. It definitely isn’t a series you could pick up and read out of order.

This book picks up the day after Sarah and Peter’s wedding, and sees them settling into married life. It is interesting to see Peter attempting to live a normal civilian life, something he has really never tried before, even as a child.

Of course, nothing can ever be that simple so you know something is going to go wrong.

It does in spectacular fashion.

I was supposed to review this book a couple of weeks ago. I received a free ARC in exchange for an honest review. But as I mentioned previously, I’ve been in a bit of a stress-induced slump lately, and I felt like the beginning of this book was really slow, so it took me a little while to get through it.

Once things go wrong for Sarah and Peter though, there is sex and explosions and gunshots galore to keep you at the edge of your seat.

Overall, I enjoyed this book but the series lost its momentum as it progressed. IMHO, the first book was amazing, the second great, and the third and fourth pretty good, but they paled in comparison to number one. I think three and four could have easily been combined to make one amazing action-packed story, with some of the slower bits cut out. As it was, I felt that the conclusion to this series was slightly anti-climatic.

It did however tease a tantalizing glimpse of a future character pairing who will be set in this universe. Lord knows I am going to read those books too!

My favourite aspect of Forever Mine is that many fan favourite characters reappeared from previous series. It was a bit of a reunion story. I loved catching up with old friends and boyfriends …. uh… I mean, characters.