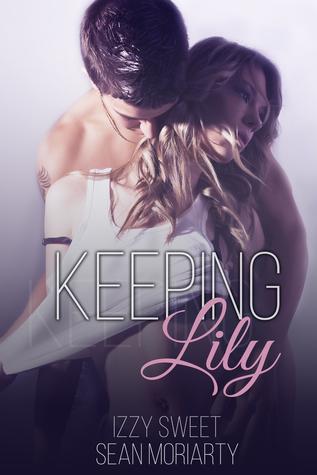 My husband traded me away to save his own life…

And now I belong to the devil.

One night and everything in my life changed. Two words and my world turned dark.

Owing the most ruthless crime lord in Garden City five million dollars, my husband chose to trade me and my children away to save himself.

I was on the cusp of freedom, so close to divorcing that scumbag I was married to.

Now I’m enslaved to a man who is obsessed with me. A man so wicked and beautiful, they call him Lucifer.

So alluring, he makes the angels weep with envy. He’s so powerful, I can’t stop myself from bending to his will.

He’s determined to master me, and he won’t rest until I give him all.

The Disciples series is a dark romance mafia series based in Chicago. There are four books (as of Feb 2019) in the series. The whole series is available on the Kindle Unlimited program on Amazon at the moment.

In Keeping Lily, the head of the organization, “Lucifer”, finds out that his target – a man who borrowed $5 million he cannot repay – has a beautiful wife and children. Lucifer immediately falls in love with the woman, just from the picture in her husband’s file.

So he does what any self-respecting mobster does. Takes what he wants.

Lucifer gently corrals Lily and her children into his home and life, adopting both kids as his own and marrying himself to Lily through his nefarious connections in government.

To me, this seemed perfectly acceptable. It’s a dark romance. Handsome, rich mobster sees what he wants and takes it.

Lily’s reactions were harder for me to accept. I can appreciate the physical attraction that she felt, but she gets over the fear way too easily and quickly for my liking. She came across as ‘too dumb to live’. Even though romance novels are essentially escapism, for me, there has to be a certain amount of realism in them as well. Otherwise, the characters and the relationships that they develop feel unauthentic and I lose interest in the story.

This is particularly true when kids are involved. Lucifer never threatens her children, and is fiercely protective of them, even though he isn’t exactly sure how to parent in the beginning. Regardless, Lily shouldn’t just trust him with her kiddos …. that is part of what held me back from full-throttle jumping in. I will still recommend this book though, and will read and review the following books in the series shortly!