The Man in the High Castle is a novel from Philip K. Dick. It has been turned into a stellar television series on Amazon Prime. There are currently two seasons available for viewing (as of April 2018). 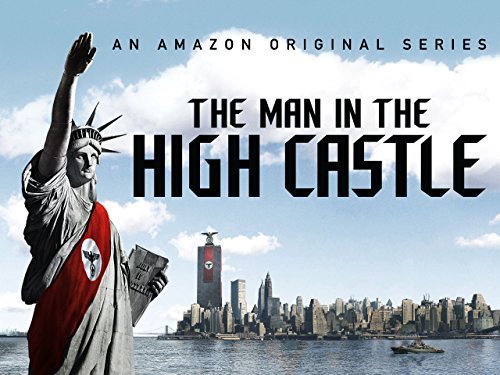 This is a dystopian alternate history set in “America” 1962. It posits that the Axis forces won WWII and that the continent is now divided between the Japanese Pacific State (western side of continent) and the Great Reich (the rest of the continent) with a slim band of neutral zone between the two territories.

This is such an imaginative show. I have often wondered what would have happened if history had gone the other way. I love that there is a show exploring this (and incredibly thankful it is only on TV)!

The Man in the High Castle is Amazon’s most streamed show. So that must mean lots more people than just me enjoy it :)

The main part of the story follows two characters: a woman from the Pacific States (Juliana) who gets pulled into the Resistance, and Joe, a man from the Reich with questionable allegiances. 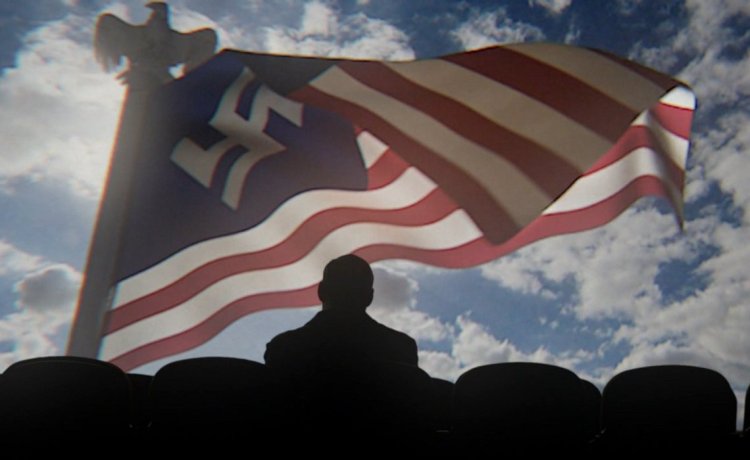 It is startling to see some of the most iconic images from the free world turned into Nazi symbols. The American flag, Times Square …

The Man in the High Castle is a drama. It does have some humourous parts and the violence is manageable, but the material can be heavy at times.

One of my favourite quotes:

You’re about to die horribly but your hair is fine. 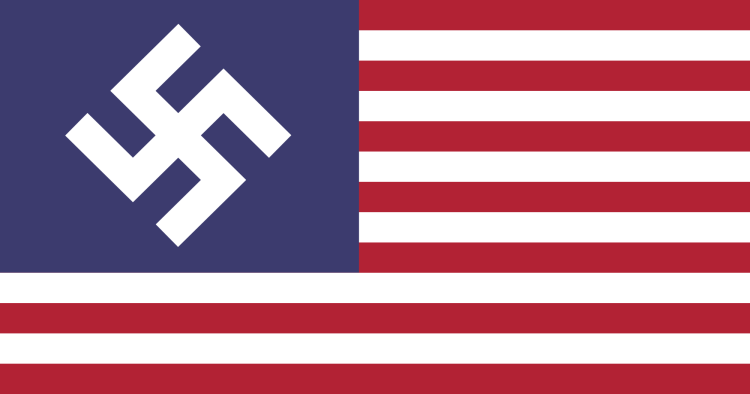 I started watching this series on a whim the other night because I was bored and the weather was bad. Well, ice and freezing rain pretty well had me stuck inside all weekend and I binged on both seasons. This show is completely addictive. It has a tendency towards cliff-hanger endings – both for individual episodes and seasons – so you will constantly find yourself clicking on just one more episode.

There is an element of mysticism or other-worldliness to this show which greatly surprised me. The storyline takes on more meaning towards the end of the second season and starts to become more clear why they included it, but I still think I would have preferred the show without it.

What strikes me most about The Man in the High Castle is how complicated each character is. They all have multiple levels. I approached the show thinking that the Nazis would be the antagonists and the Resistance would be the protagonists, but it is much more complicated than that. Even the Nazis who do terrible things are softened in the show by their love for the families. And the “freedom fighters” come across much more strongly as terrorists.

Everything is not as it seems. No one is all good or all evil. We are just different shades of grey.