So I recently listened to the book Fantastic Beasts & Where to Find Them by Newt Scamander (aka JK Rowling) but somehow I ended up with the wrong book??

There are technically two books by this name. One is the original screenplay that Rowling wrote for the 2016 film, and the other is a textbook Harry Potter gets for school, which Rowling actually wrote and released to raise money for a charity in the UK.

I thought I was going to be listening to the actual screenplay when I downloaded the ebook from my library’s digital catalogue because it did say original screenplay in the description, and the cover art matched that of the screenplay on goodreads. 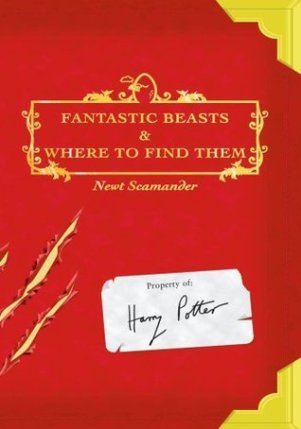 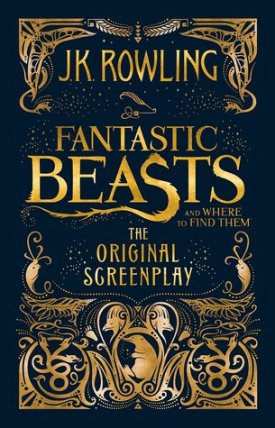 Despite having almost identical titles, these ARE different books and I ended up listening to the former rather than the latter.

So the text book version of Fantastic Beasts is very interesting, although not quite what I was looking for. The audiobook is only two or three hours in length and I listened to it while driving one day, so I did end up finishing it. At first I thought it was just a cool introduction before the story started but once I was halfway through I decided to continue. It didn’t help that the textbook was read by Eddie Redmayne which made me believe even more that it would eventually evolve into the story told in the film. (He does have a very sonorous voice though).

Needless to say, I am ready for my first day of class for Magizoology!

Here is the official blurb for Scamander’s Fantastic Beasts & Where to Find Them:

Fantastic Beasts and Where to Find Them, Newt Scamander’s classic compendium of magical creatures, has delighted generations of wizarding readers. With this beautiful, large-scale new edition illustrated in full color, Muggles too will have the chance to discover where the Runespoor lives, what the Puffskein eats, and why shiny objects should always be kept away from the Niffler.

Proceeds from the sale of this book will go to Comic Relief and J.K. Rowling’s international charity, Lumos, which will do magic beyond the powers of any wizard. If you feel that this is insufficient reason to part with your money, one can only hope that passing wizards feel more charitable if they see you being attacked by a Manticore.

A very interesting read for any Potterhead who is desperate to learn more about the magical world of witchcraft and wizardry.