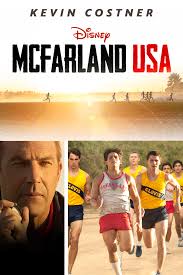 McFarland, USA is 2014 film, set in McFarland, California in the 1970’s. It is based on a true and very inspirational story.

If you don’t wan to watch the trailer, here’s the jist of it: a down-on-his-luck high school teacher/football coach and his family move to one of the poorest school districts in the country. Most of the children in this school are the kids of “pickers” (fruit and vegetable pickers in the fields) and are lucky if they graduate. The penitentiary is directly across the street from the school for heaven’s sake. But after Coach White has been fired again, it is the only school desperate enough to hire him.

To make matters worse for the White family, at least in their minds, is that they have to live in this shitty little town because the family cannot afford to live in one of the wealthier, neighbouring communities and commute. Living in a dirt poor, predominantly Mexican community in the very south of California is seen as an extremely temporary and unpleasant experience to start. 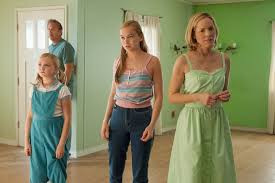 However, as tends to happen in movies, the family resolves to try to make the best of their situation and in doing so, realizes that it isn’t so bad. Mr. White, and his wife and kids make connections with their neighbours, and then others in the community.

After White is removed from the football coaching staff after a disagreement with the Head Coach, he starts a track and field team, visualizing a success story as his ticket out of there and back into an affluent school district.

The rest of the story you can probably figure out from there. At the end of the day, you don’t watch coming-of-age sports movies for the intrigue. The teacher is either a do-gooder out to save her students, or out to rescue themself from life, but in the process develops all the feels, and begins to care more about his/her students.

I really like the story outlined in McFarland, USA. It is a typical Kevin Costner movie, but I felt that there was a very healthy balance between the sports plot-line and the lives of the runners and the White family.

This was a movie I have been wanting to see for awhile, and I’m glad I finally found some time. It was sweet, enjoyable and entertaining, and gave me a positive feeling at the end of the movie, that carried me through the day.

My favourite aspect of this film, is the scene depicted just above. During the credits, the typical flash-forward to present day occurs, and you see the retired Coach cycling alongside a group of runners. Intermingled are the cross-country runners of McFarland high school today, with the grown, real men whose stories were told in the film.

In a place where anyone who can get out does, it was amazing to hear how the bond between these men returned them all to McFarland after university. Many now work at the school and are landowners. One even became a police detective (funny story. The camera panned to him and I thought, wow he looks like a cop. Then they say he’s a detective … a hot one too!). This moment was just the icing on the cake for me.

If you’ve read my recent run of film reviews and don’t know which one to pick, choose this one. Hands down, my favourite of late.