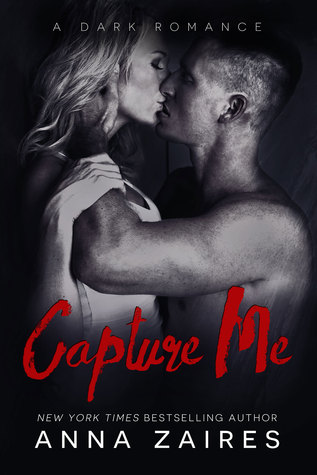 She fears him from the first moment she sees him.

Yulia Tzakova is no stranger to dangerous men. She grew up with them. She survived them. But when she meets Lucas Kent, she knows the hard ex-soldier may be the most dangerous of them all.

One night—that’s all it should be. A chance to make up for a failed assignment and get information on Kent’s arms dealer boss. When his plane goes down, it should be the end.

Instead, it’s just the beginning.

He wants her from the first moment he sees her.

Lucas Kent has always liked leggy blondes, and Yulia Tzakova is as beautiful as they come. The Russian interpreter might’ve tried to seduce his boss, but she ends up in Lucas’s bed—and he has every intention of seeing her there again.

Then his plane goes down, and he learns the truth.

Now she will pay.

NOTE: Capture Me is book 1 of 4 about Lucas & Yulia from the Twist Metrilogy. It’s not necessary to have read that trilogy to enjoy Capture Me, but the book does contain major spoilers for books 2 and 3 of Twist Me.

Capture Me by Anna Zaires is the first book in a spin-off quartet from the Twist Me series previously reviewed on Mackenzie’s Mountain. Capture Me features fan favourite Lucas with Yulia, the Ukrainian woman who betrayed Esguerra and co, causing their plane to crash.

Capture me is the first in another set of dark romance novels. And I think it is a key example of how great Anna’s writing is. Because I really don’t think that I should have liked this book. But I loved it.

Capture Me is relatively short compared to books I usually read, which is normally a turn-off. There is very little interaction between Julia and Lucas for the first half of the book, because the author is setting up the circumstances that led to Yulia’s betrayal and the behind-the-scenes machinations, following the plane crash, that the reader missed in the previous series. Also something that I usually dislike in a romance.

And yet, I couldn’t stop reading.

Zaires’ writing is compelling, with just enough action to keep things moving quickly but not so much that it seems over-the-top. She really understands her characters and has them react in realistic ways. I can easily place myself into the position of Yulia or Nora because my reactions would follow the same paths as their own.

I am super excited for the follow-up, Bind Me which is due to be released in early February.

One thought on “Capture Me – a review”